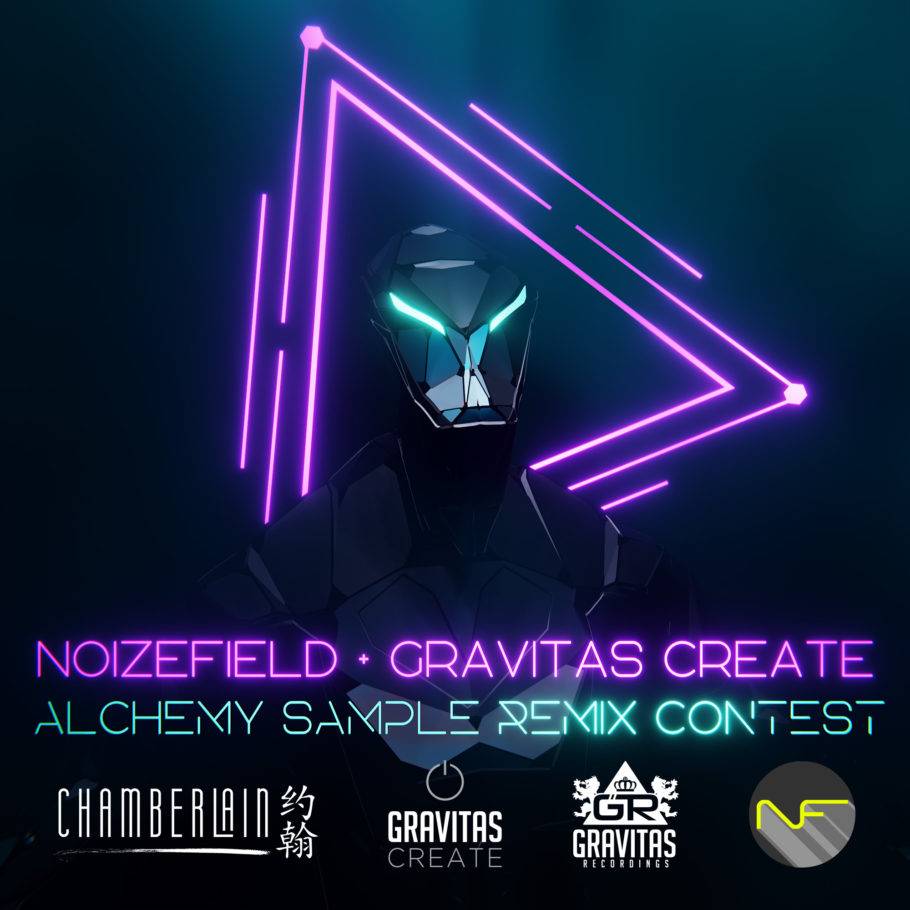 We are excited to team up with top notch glitch hop music producer, Chamberlain and Gravitas Create to give the community a chance to download and remix some samples from Chamberlain’s latest sample pack, Alchemy.
Along with the Alchemy sample pack, we are down to include the Gravitas Mega Bundle in the prizes, along with Gravitas Recordings merch – become a member of Noizefield.com, download the free sample pack by Chamberlain.

Remix Contest Facts (in a nutshell)

All relevant infos can be found at the official remix page here: Alchemy Sample Remix Contest