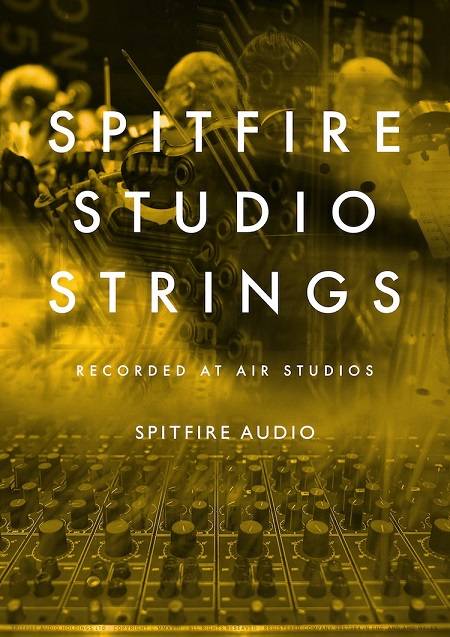 By choosing the crisp and vibrant setting of AIR Studios’ Studio 1, smaller and more controllable — capable of accommodating up to 45 musicians across its 140m2 floating floor (with a specially designed sliding door system that allows it to be divided into acoustically separated areas) — compared to the opulence of AIR Studios’ Lyndurst Hall — helpfully accommodating a full symphony orchestra with choir as one of the largest recording rooms in the world — where Spitfire Audio has hitherto recorded an abundance of award-winning orchestral libraries in its ongoing mission to inspire a generation of music makers, this time the British music technology company is offering its fellow composers a string library with depth, detail, and focus all at once. One that will work on anything — from passionate period dramas to modern Scandi noir. Needless to say, it is as at home with quirky indie and crisp pop as it is tackling epic film and game scores.

Ultimately, SPITFIRE STUDIO STRINGS PROFESSIONAL offers all of this and more, opening a musical doorway to transcendent detail and augmented creative control, courtesy of five additional MICS — C1 (Close mics), C2 (Leader close mic), T1 (Tree 1), T2 (Tree 2), A (Ambience mics), and O (Outriggers) — over and above SPITFIRE STUDIO STRINGS’ solitary Tree; two additional mixes — M1 (Mix 1) and M2 (Mix 2); large band (16.12.12.12.4); and divisi (half sections) for each section. Spitfire Audio was collectively determined to go the extra mile to offer divisi, empowering a new level of modular control in the process. Put it this way: with SPITFIRE STUDIO STRINGS PROFESSIONAL, the string orchestra is now configurable from the fibrous intimacy of dual four-piece 1st violin sections, three-piece 2nds, three- piece violas, and three-piece cellos (4.3.3.3) up to the rich power of 16.12.12.12.4 — a combination of the main sections (including basses), plus two divisi. In addition to an all-embracing 232 articulations, users can access and personalise their mix of the full microphone armoury of Abbey Road Studios Senior Engineer Simon Rhodes — six sundry setups, from pin-sharp to super-wide, picked up by the best offerings from Neumann, Schoeps, and Sennheiser, for instance.

Indeed, Simon Rhodes — an absolute microphone magician with multiple GRAMMY® Awards to his notable name — was an obvious choice to helm Spitfire Audio’s all-new orchestral library range, resulting from his having worked at the highest level in film score recording, including being American composer, conductor, and orchestrator James Horner’s go-to engineer for 18 years. Blockbuster movies such as Avatar, Spectre, and Skyfall have all benefitted from his Midas touch. “For the SPITFIRE STUDIO STRINGS sessions, I used one of my tried-and-tested approaches to smaller rooms, but incorporated layers and options by using a variety of microphone setups — right down to that very close ‘Eleanor Rigby’ sound,” states the man himself — paying passing homage to the dearly departed extraordinary English record producer, arranger, composer, conductor, audio engineer, and musician George Martin, often referred to as the ‘Fifth Beatle’ by none other than Paul McCartney, and also famed for founding London’s legendary AIR Studios so beloved by Spitfire Audio.

As such, SPITFIRE STUDIO STRINGS users can choose to work with Simon Rhodes’ mix or — in the case of SPITFIRE STUDIO STRINGS PROFESSIONAL — customise to suit using the various mic options, including those two ‘Tree’ setups, both of which use Schoeps microphones. “The second uses Schoeps MK21 wide cardioids (or sub- cardioids), which are great for keeping the room sound at bay while allowing you to get a sense of distance and perspective,” tenders the engineer extraordinaire, before continuing: “This was especially important for our prized divisi recordings, where we recorded different sets of players in separate chairs, divided between inside and outside desks. With a touch of reverb on, this library is going to sound very lush and beautiful, but, at the same time, keep hold of all the detail.”

Such sentiment is echoed by Spitfire Audio Director Christian Henson — himself no stranger to music-to-picture as an established composer: “I’m so proud of our new SPITFIRE STUDIO STRINGS range, which, for me, is possibly our most versatile strings library to date. The size of the library is roughly halfway between our SPITFIRE CHAMBER STRINGS range and our SPITFIRE SYMPHONIC STRINGS range, but the key here is that it’s recorded in Studio 1 at AIR Studios — not Lyndhurst Hall, so the main appeal for me is about definition and control.”

Similarly, Spitfire Audio Director Paul Thomson — also an established composer, so, again, no stranger to music-to-picture — is thrilled at “…seeing the incredible work that has gone into creating SPITFIRE STUDIO STRINGS — something I’ve been talking about us making for six years now, with discussions predating all of our current tech, way back to the ‘basecamp’ era, so to finally be using this to write with is a pure joy!”

Joy to the world, then, as Spitfire Audio’s cherished customer base can creatively perform an even more comprehensive range of orchestral manoeuvres. As a matter of fact, the company collectively believes that SPITFIRE STUDIO STRINGS suits users of its existing ‘Lyndhurst Hall’ ranges as an essential sonic second string to their proverbial bow, but also a perfect fit for those looking to invest in a strings library that will give them the most bang for the buck — useable in the widest range of musical settings, ready for applying their personal favourite reverbs and effects. Engineering so much versatility into this library leaves little doubt: surely SPITFIRE STUDIO STRINGS is destined to become a cherished part of their music-making experience throughout the next decade!