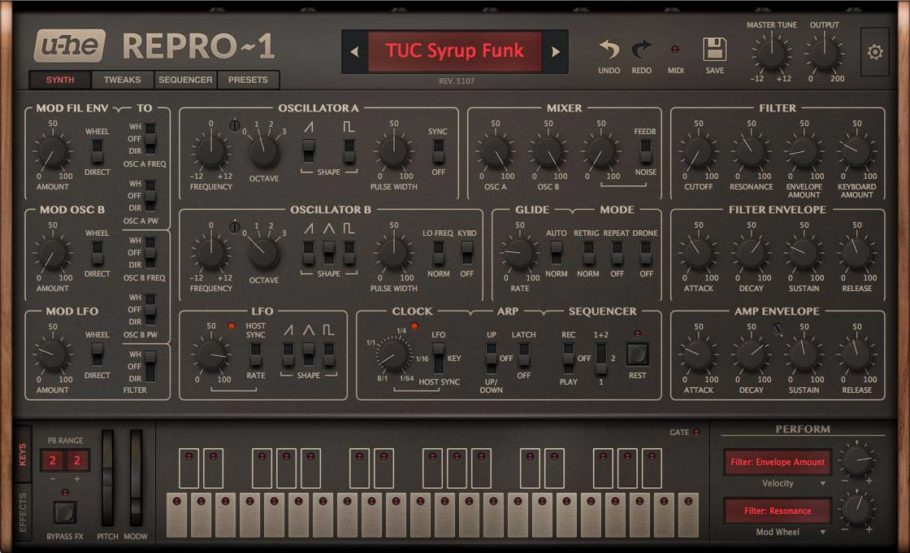 “This is our first emulation of a specific synthesizer. It’s a mono synth from 1982 which happened to be the first analogue synth keyboard I laid hands on. It’s a quirky little bugger with a lot of character and a cleverly laid out feature set. I think, out of all vintage analogue mono synths this one has the right blend of features – it’s neither too restricted nor too confusing. Plus, it has a sequencer with two patterns.

Most importantly though its circuitry is tailored around a set of analogue chips which provide for some quite uncommon properties, starting with how the waveforms mix, how the filter distorts and how the envelopes snap. We’ve spent and awful lot of time and brains to get this right. And I think we got amazingly close and detailed with this.

While our job isn’t done – i.e. some “tweak presets” and large parts of the factory library are still missing – we would like to invite everyone to check this out and give us some feedback. As is our usual modus operandi, we’ve put it up for sale with a special intro price during this beta phase. We hope to release this by end of November…”